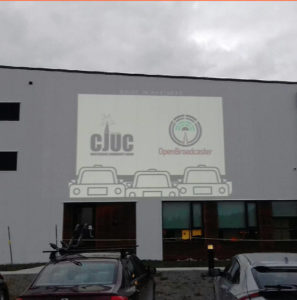 On the evenings of September 11 + 12, we participated in a really interesting public installation, at the Whitehorse Library. A series of films were shared with an audience in their cars, tuning into a temporary LPFM radio signal for the audio. During the intermissions of the feature films, our OBPlayer was hooked up to the projector with a Display Port cable while the audio was sent from the onboard sound card to the Decade LPFM Transmitter. Copyright Free material such as 1960’s movie trailers and retro themed content was added to a playlist, creating a true drive-in theatre experience. We assisted in obtaining a special event radio licence from Canadian Government for 48 hours. The radio transmitter is type certified for operation as a LPFM and “Made in Canada”. Coverage for the radio transmitter worked for the whole parking lot and a few streets running along the riverbank. 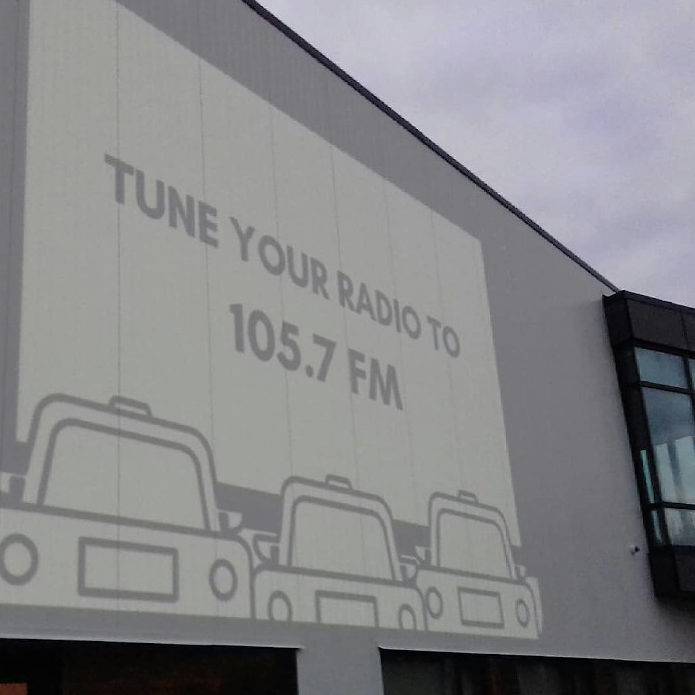 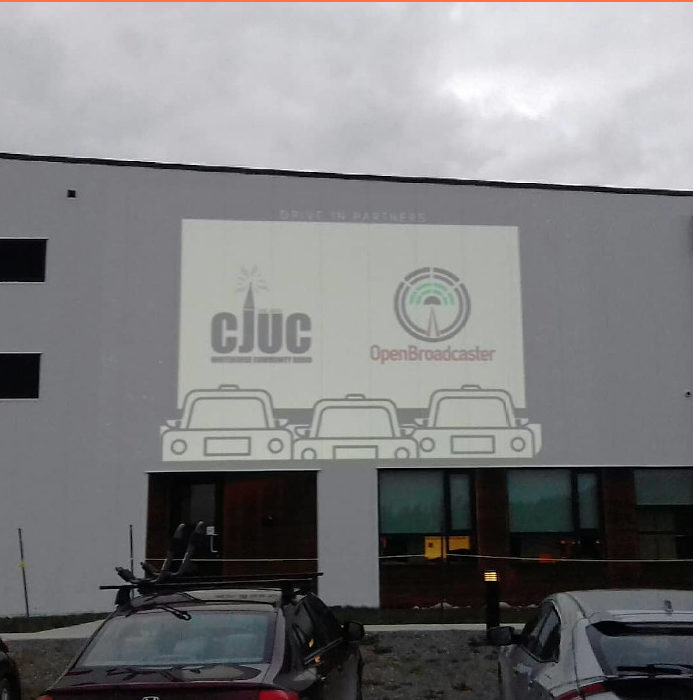 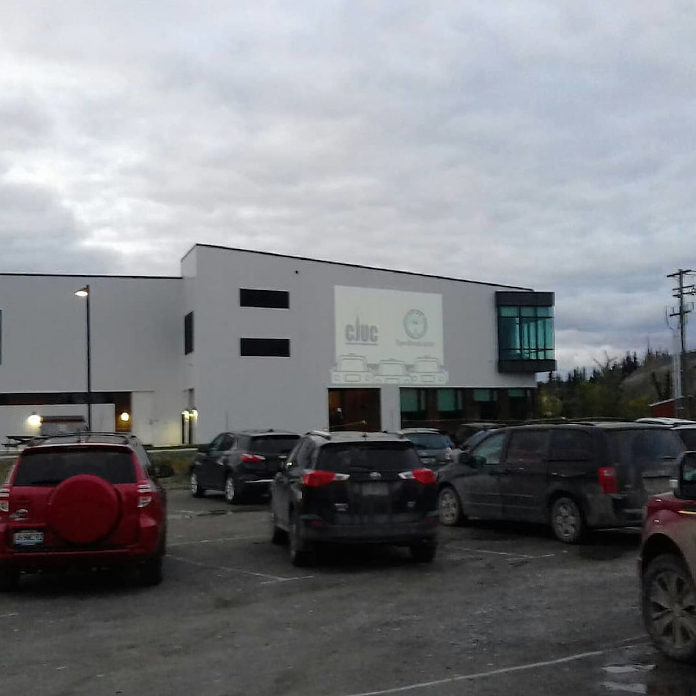